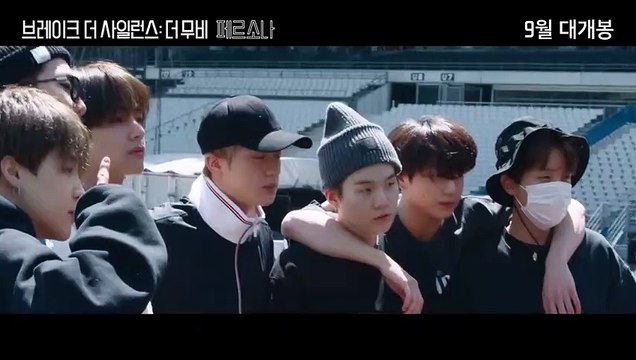 In Theaters across the US and Canada beginning September 24.

BREAK THE SILENCE: THE MOVIE is the fourth film from BTS following 2019’s record breaking release of BRING THE SOUL: THE MOVIE, which reached a box office of $24.3m and saw 2.55m tickets sold across 112 territories around the world.
The BTS WORLD TOUR 'LOVE YOURSELF: SPEAK YOURSELF' is now over. The worldwide stadium tour topped the Billboard Boxscore, and marked BTS as the first Korean group to perform at Wembley Stadium. The tour took place across Los Angeles, Chicago, New York, São Paulo, London, Paris, Osaka, Shizuoka, Riyadh, and Seoul.
With unprecedented access, BREAK THE SILENCE: THE MOVIE travels with BTS throughout the tour, exploring each band member behind the curtain. Off stage, we see another side of BTS. The seven members begin to candidly tell personal stories they have never voiced before.
Facing my other self ‘PERSONA’.
https://www.breakthesilencethemovie.com/